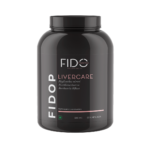 It is used in the treatment of

Also called as a Magical Herb. Phyllanthus herb has found its traditional uses in several health problems because of its efficacy in the field of gastrointestinal disorders. It is an ingredient of the most popular formulations of Ayurveda- Chyawanprash, which is consumed at large scale not only in India but also throughout the world because of its anti-inflammatory activity.

Picorhizza kurroa is commonly known as Kutki. It has multiple benefits. It is considered as an important medicinal plant which is mostly used in the traditional medicinal system for asthma, jaundice, fever, malaria, snake bite and liver disorders.