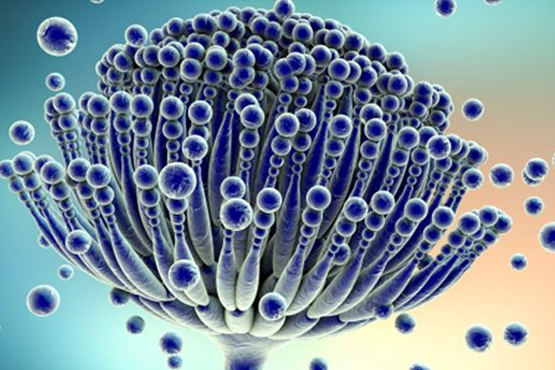 Apergillus Oryzae is an aerobic filamentous fungus and belongs to the Aspergillus subgenus Circumdati section Flavi, previously known as the A. flavus group.

Aspergillus section Flavi contains industrially important species, such as A. oryzae, as well as agronomically and medically significant fungi, such as A. flavus and A. parasiticus, which produce a potent carcinogenic substance, aflatoxin.

A. oryzae is named after its occurrence in nature and cultivation industrially on rice, Oryzasativa.

Aspergillusoryzae grows vegetatively as haploid multinucleate filaments, designated hyphae, or mycelia. Hyphae of A. oryzae extend at the apical tips and multiply by branching, so that the colony covers the surface of the solidified agar medium after several days of incubation. Hyphal growth keeps on going in liquid medium as long as the hyphae are not exposed to air atmosphere.

This fungi is most essential to the fermentation processes because of its ability to secrete large amounts of various enzymes, which allows it to decompose the proteins of various starches into sugars and amino acids.